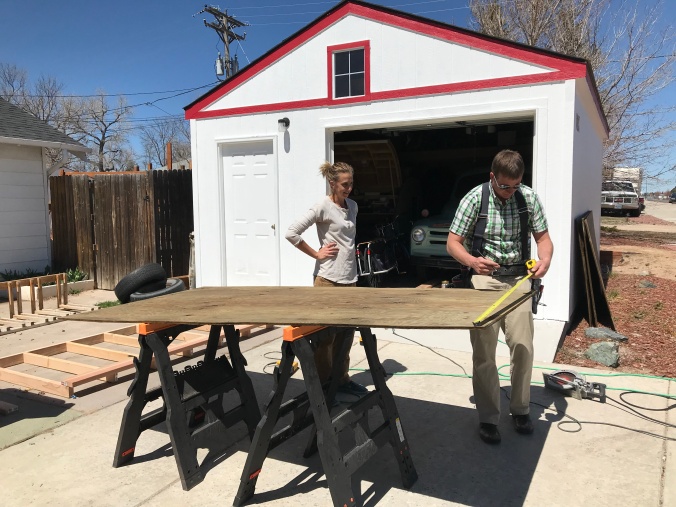 Me apparently supervising his work

It’s been a while, but lately I’ve gotten to spend a lot more time with my favorite EHIL:  Ex-Husband-In-Law.  AKA, my wife’s ex-husband. It’s been even longer since we’ve done a project together.  He came over this weekend and, while I’d like to say helped me build, (he built and I helped), a bike shed for our 254 bikes we own.  I have to confess I like to think up ideas and I’m sure he’s long been wary of my frequent announcements to him, “I have an idea!”  (Translated means, I have a complicated idea and I need you to help me figure out how to do it, use your truck, go shopping with me, and then help me build it.)

I know it’s unusual for a woman to even have an EHIL, never mind one that’s fun to spend time with, but I definitely lucked out in that area.  One of my favorite things about spending time with him is throwing people off.  We’ll take the 4 year old that the 3 of us share together to the lumber store.  He’s yelling out to Mom and Dad, so people assume we are “together”.  When someone asks me something about him, just nonchalantly saying, “Oh, we aren’t together,” and then leaving it, well, is super fun.

A lot of people are in disbelief that we can have a positive relationship with my wife’s ex husband.  I think even more so, they have a hard time believing he should have a positive relationship with us.  After all, we were the ones at fault.  He had every right to be angry, never talk to us, and make life harder.  But, he doesn’t.  Nor does he want to.  He’s kind of amazing.  He has the kind of personality that works hard to see the positives and focuses only on that.  He believes that having a good relationship with us is what’s best for everyone.  And we definitely agree.  It’s best for our son.  It’s best for the other kids.  It’s best for us, and him, as well.  There’s little we really have to work at with him to stay positive, but we make sure we do.

When my wife and I decided to be together over 3 years ago, we had hoped we could maintain a close and positive friendship with him.  Many people admired the effort and hope, but assumed that even if we could do that in the beginning, reality would settle in, and we wouldn’t be able to after time.  I think there’s a perception that with divorce there always has to be conflict.  There’s almost a script you have to follow.  There should be fighting, disagreement, anger, and hurt.  There has to be a wronged party and an asshole party.  There needs to be sides taken for the family, the friends.  But why?

He’s one of the most important people not only in our son’s life, but our life, and our other children’s lives as well.  He’s a near perfect male role model.  He’s stable, caring, kind, and gentle.  He’s one of those guys who has a natural parenting style.  He doesn’t necessarily spend a whole lot of time trying to figure it out, he just does it.

But, he’s also just enjoyable to spend any amount of time with.  Talking, doing projects, biking, hiking.  Dragging him to different events.  It’s just kind of an incredible life when we can sit down to dinner as an extended family.  Even better, his extended family is local, and as mind blowing as this sounds, has embraced us.  We love having them all to our dinner table as well.  It’s incredible to invite him with us to a magic show with the kids, just enjoying all the kids enjoying the show.  That’s what it’s supposed to look like.

I believe you can still be committed to someone outside of marriage or traditional family.  We are both committed to looking out for his best interests, the best for his relationship with our son, and having his back.  Which isn’t really all that hard when it’s someone like him.

Now, off to draw up more project plans for us… 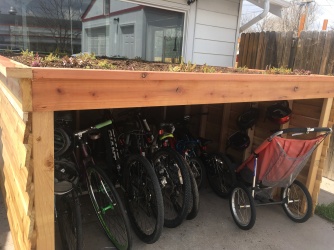 It will have barn-type doors eventually! 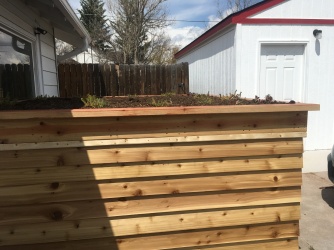 I think I come up with some pretty cool ideas!

Join 504 other subscribers
Follow Just the 7 of Us on WordPress.com